French architectural influence in Vietnam began over 100 years ago when French wanted to extend its influence into the Asian territories. The French occupied Vietnam in the late 19th and demolished many Vietnamese buildings in order to put up their own French-style buildings. The years of being under French possession definitely influenced the traditions, lifestyle and culture of the Vietnamese. I’m not going to talk in details about politics but throughout the colonization, French had built magnificent structures throughout the land and to this day, they are still one of the most charming features of this allured city. So let’s get around the city, wear your architecture geek cap and get your smartphone camera ready 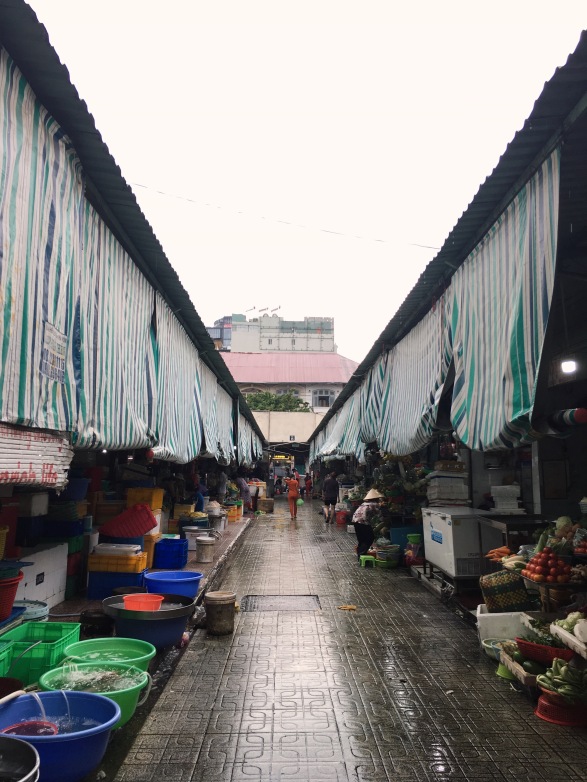 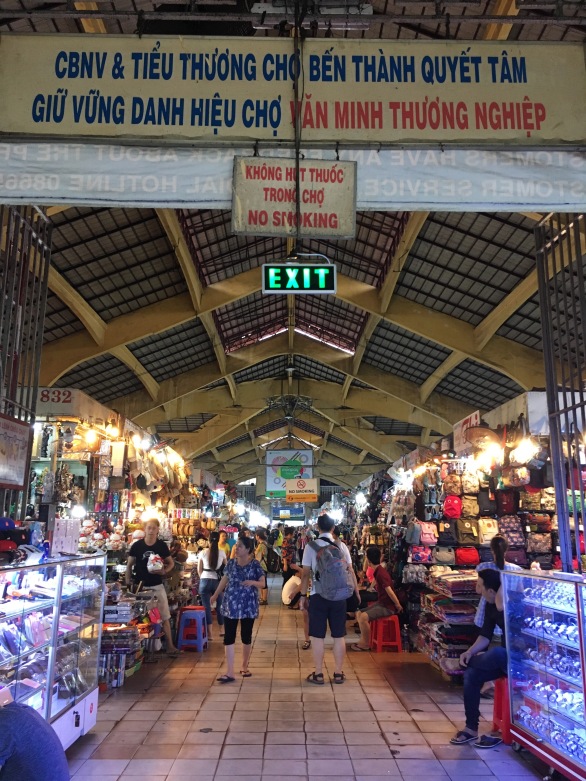 Saigon was the capital of the Cochinchina colony during the French colonization. The city then turned out to be a hub of French cosmopolitan colonial commerce and culture. A lot of sites here still remain from the years of occupation. As colonized Saigon in the 20th century, the French culture understandably has left various marks on the city, all of which remain places of interest to date. 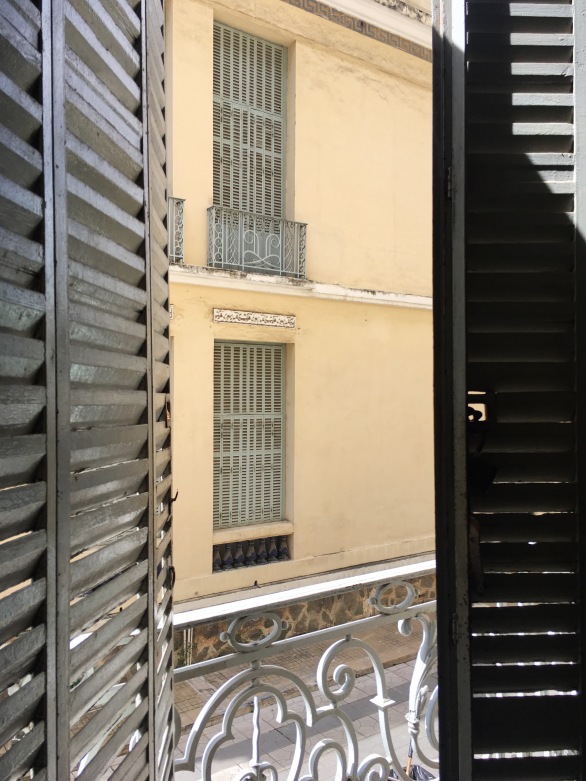 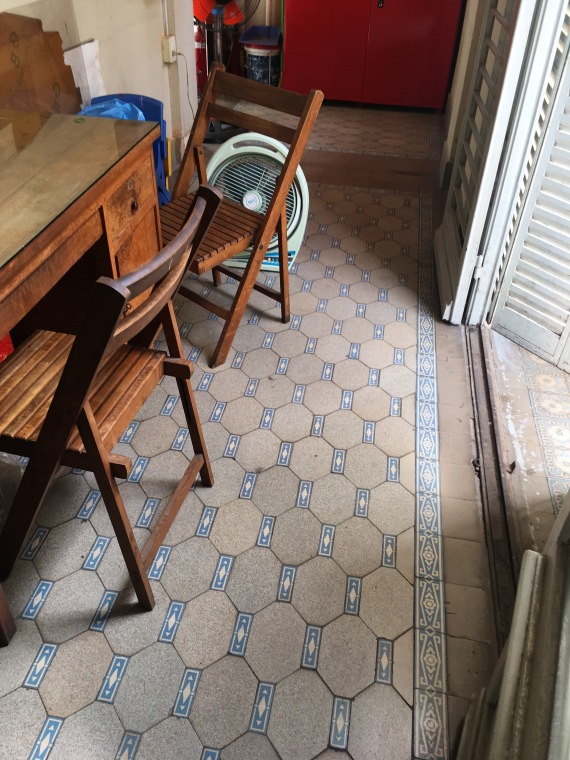 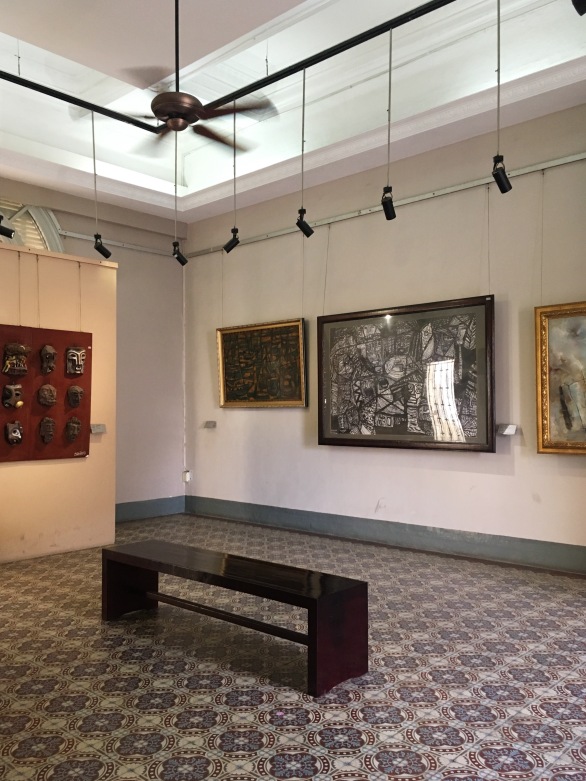 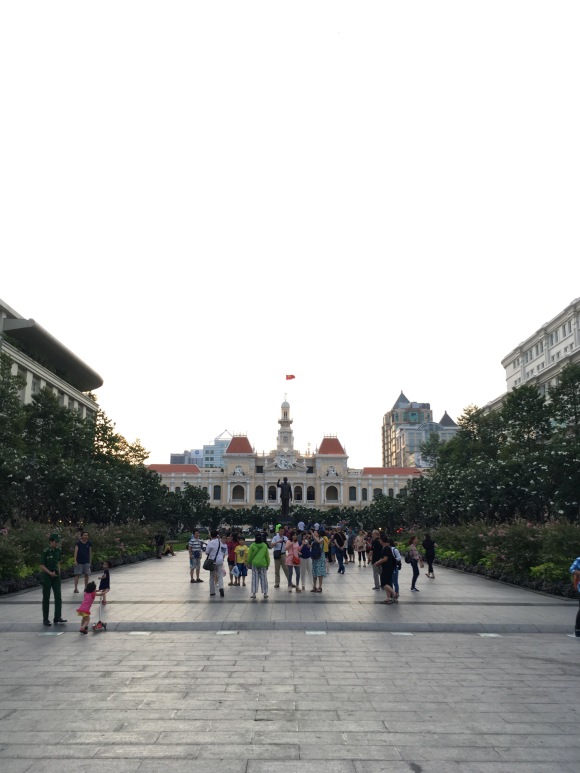 Smack in the middle of the city is Ho Chi Minh Square. It is surrounded by many lovely French colonial style buildings. The City Hall was built in 1908 and is the most prominent landmark of the city. On this square you will find a statue of Uncle Ho, which was placed to honor the 100th birthday of Ho Chi Minh City People’s Committee (City Hall). The best time of the day to visit the square is around dusk as the ambiance is exceptionally beautiful and vibrant. Also, it is a great people-watching spot and it will make you forget the sun is setting. 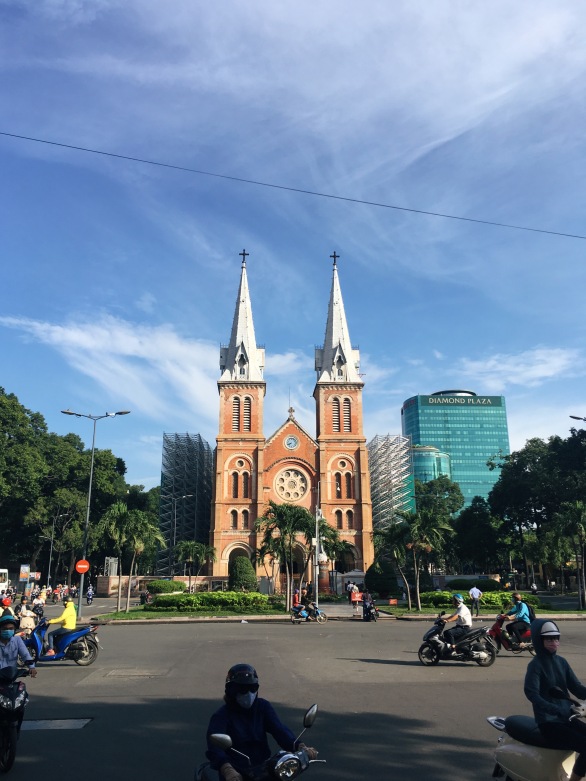 More snaps from the walkabout……. 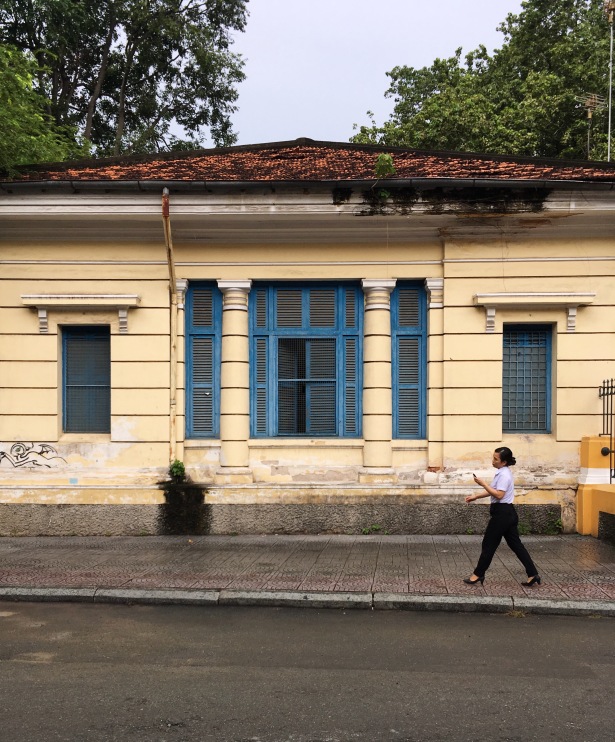 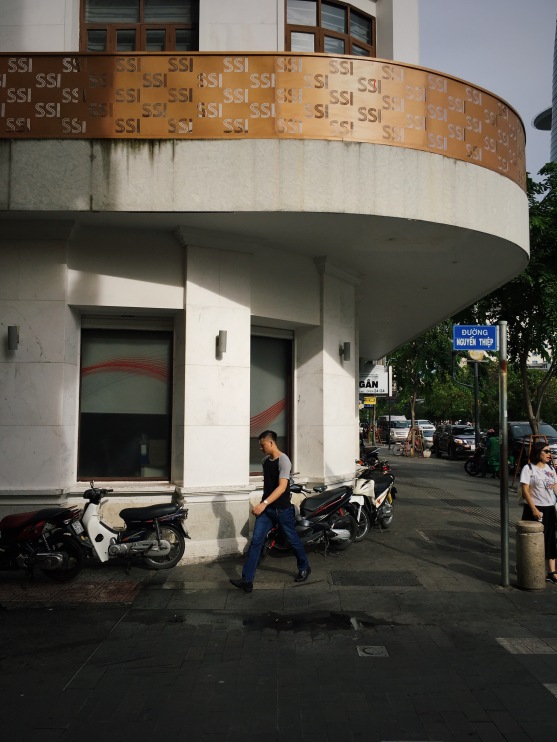 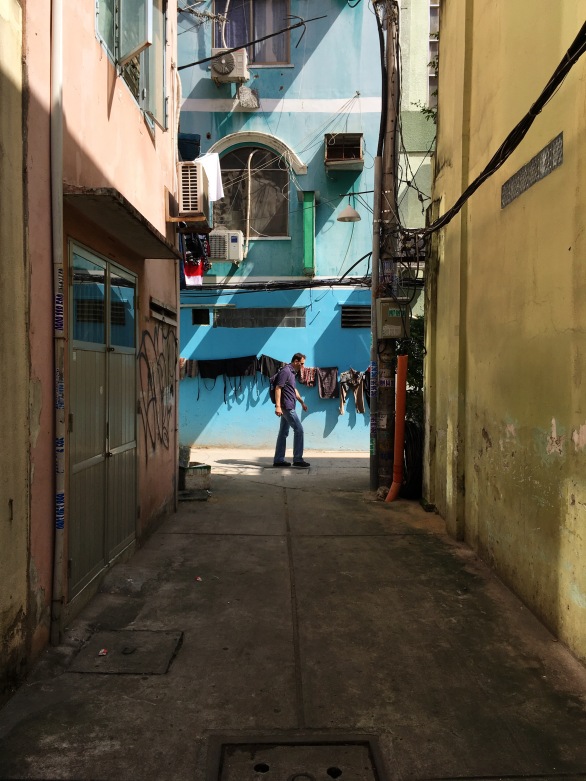 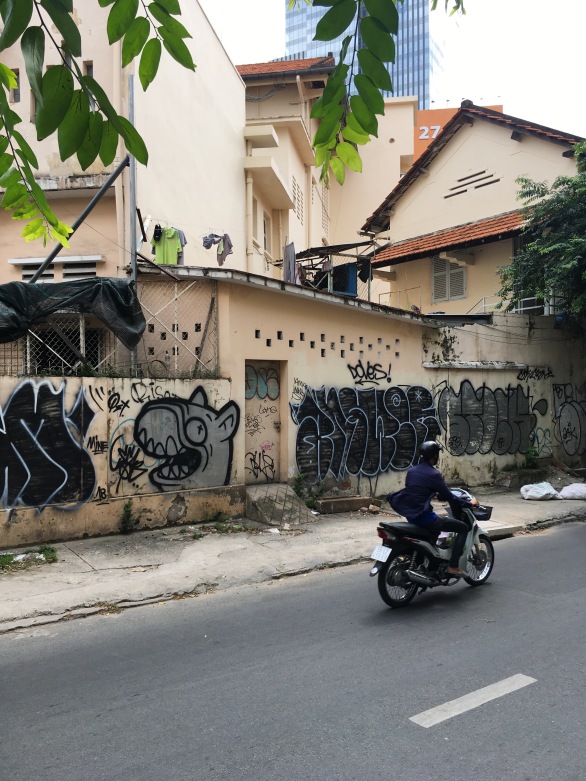 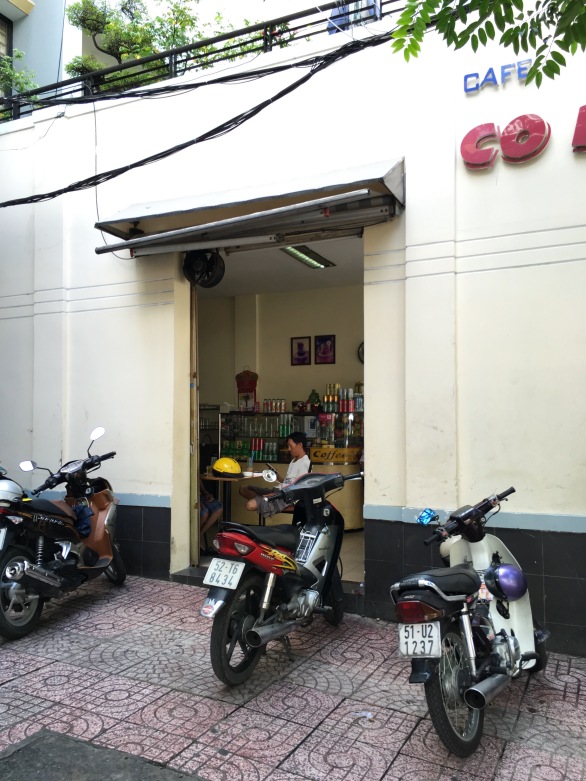 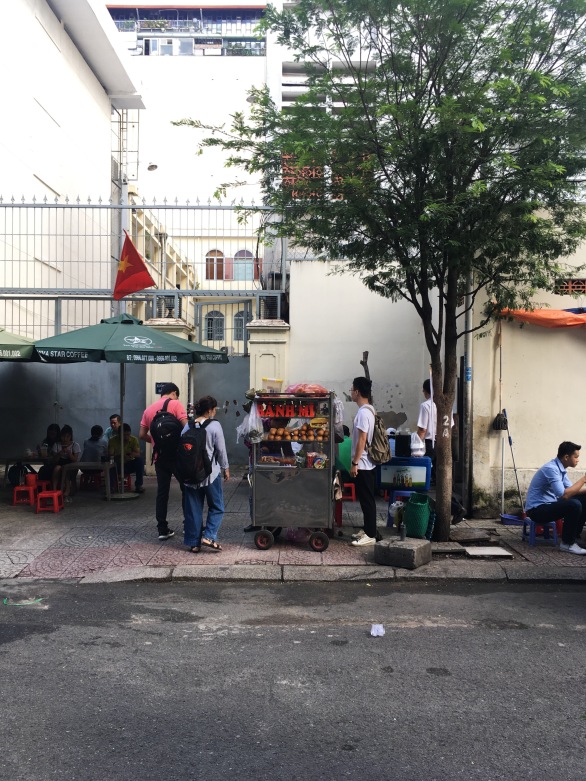 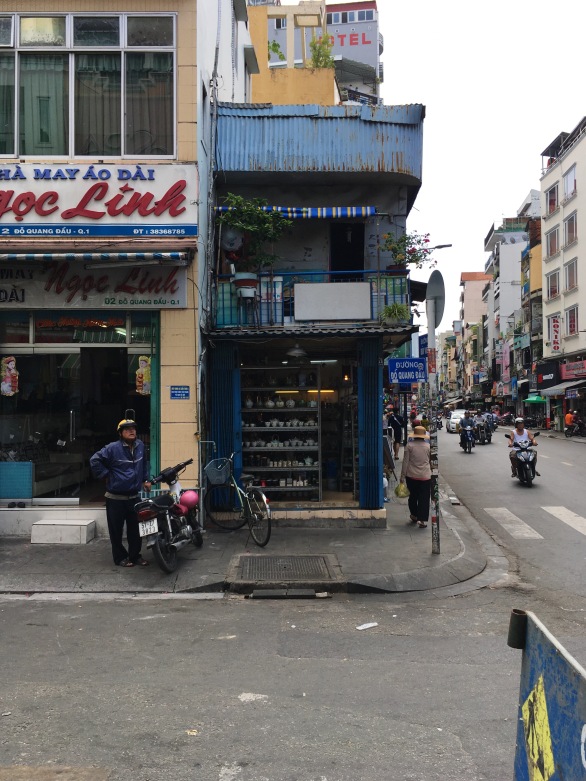 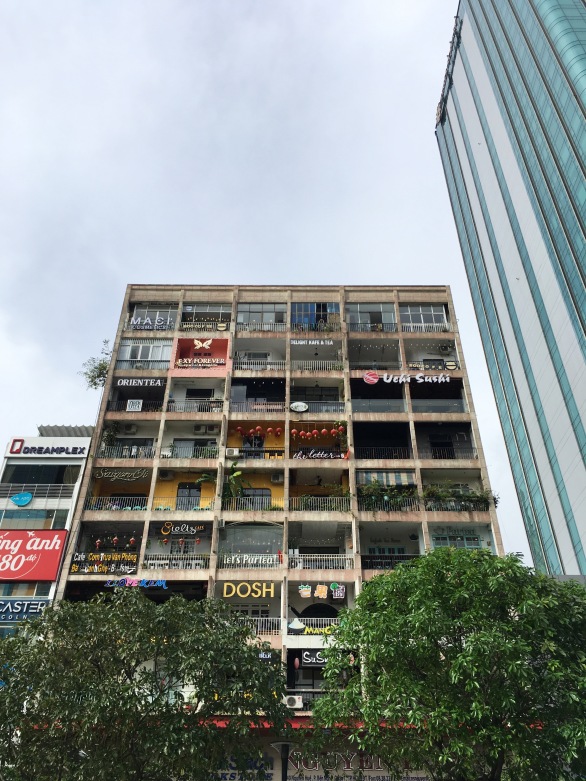 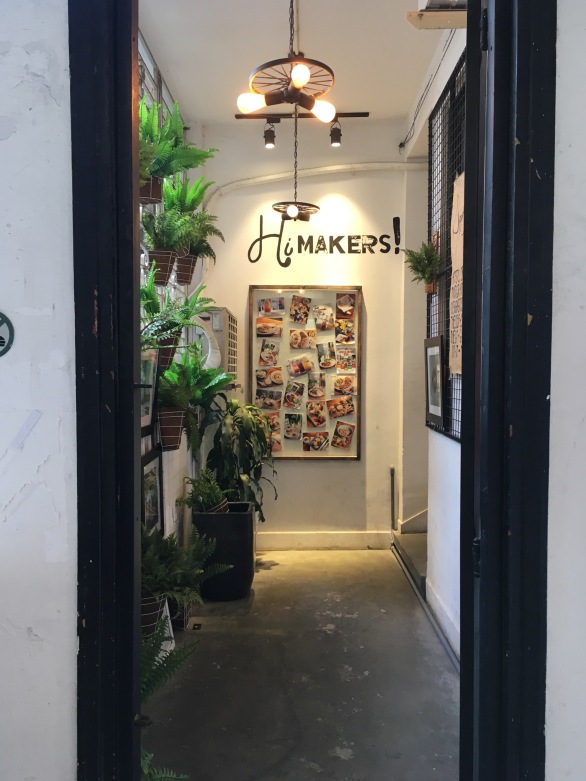 Although it might not be worth choosing Quan 5 as your base while in Saigon, it is worth exploring if you have a stretched itinerary. Deciding whether to go to Cholon (Chinatown) or not was a no-brainer if you asked me. The originality of the locale that stays true to Vietnamese culture from way back is often overlooked and makes it seem less visited.

Even though it is located merely 10-minute-bike ride away from District 1, being in Cholon makes you feel like you have been transported to a whole other place. There is nothing touristy about this place, it is what it is, as it has always been, the locals’ place. And yes, it is buzzing. Dig deeper into the neighborhood furnace to experience the melting pot of affairs and wish you could wake up here the morning after. 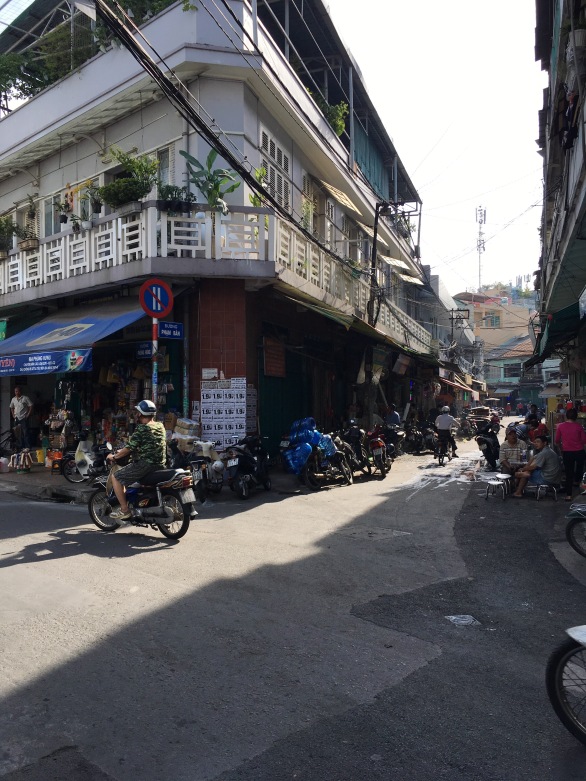 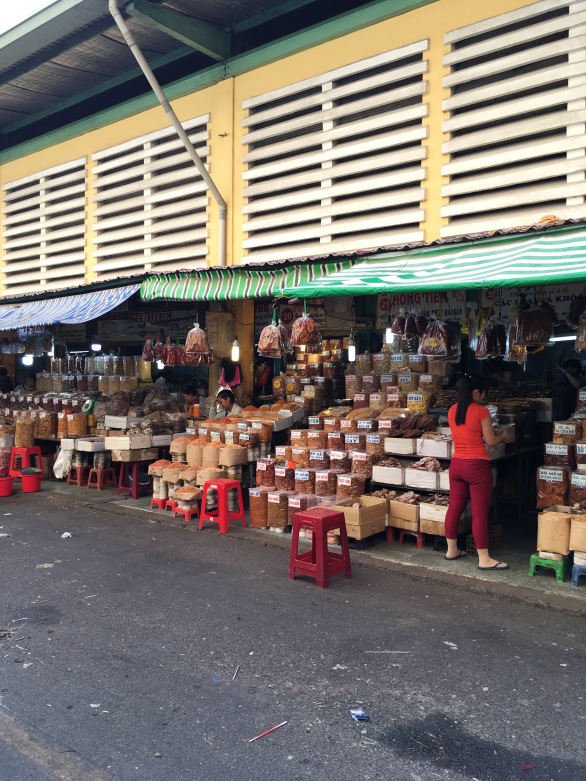 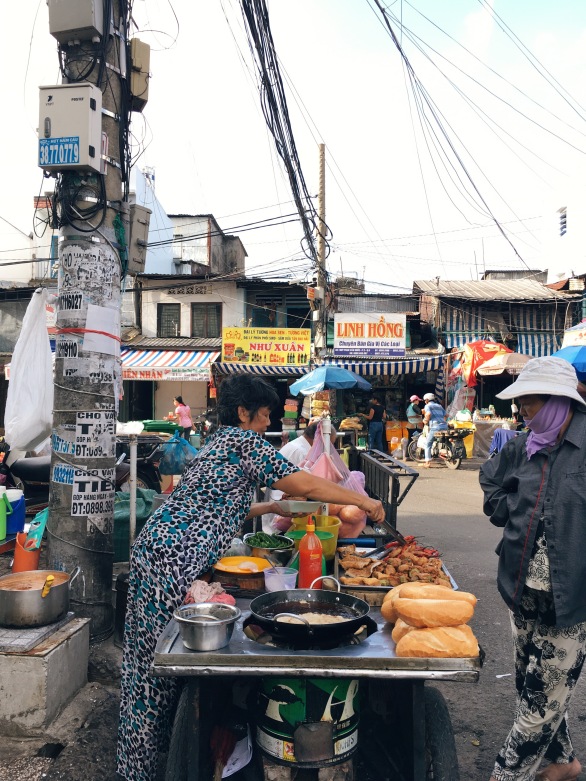